Carthaginians and Romans left their mark on the historical centre of Cartagena. Discover their interesting legacy on this guided tour around the old quarter. 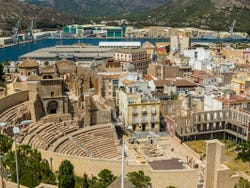 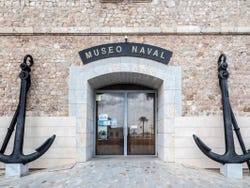 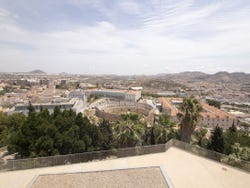 We'll start our guided tour of Cartagena next to the stairs to the walls, where there is a statue of Charles III of Spain. Do you know the link between this Spanish monarch and the region of Murcia?

Just a few steps away we'll set foot in the Plaza de los Héroes de Cavite square, named after the heroes of the Battle of Cavite in the Spanish-American War in 1898. We'll stop at the monument that pays tribute to the victims of said battle and throughout the tour, we'll discover how this conflict, in Philippine waters, had a series of historical consequences on the city.

We'll continue our guided walking tour past the Naval Museum of Cartagena, where we'll stop outside to discover the history of Isaac Peral: the sailer and soldier from Cartagena that came up with the prototype of the first known submarine. Our next stop will be at the Casa del Rey, a historical barrack that housed the Army of Flanders before they left for the Low Countries along the so-called Spanish Road.

Continuing through the old town of Cartagena we'll reach the Cerro del Molinete Archeological Park, where the ruins help us to better understand the Carthaginian and Roman past of the city. Our tour will continue to the Roman Theatre of Cartagena, where we'll visit the ruins of the Byzantine Walls (closed on Mondays).

From the walls, we'll head to the Cornisa Archeological Park; the perfect spot to enjoy excellent views of the Castillo de la Concepción castle. We'll then cross the famous Cuatro Santos street and finish our tour outside the Casa del Niño; by now you'll be experts on the city!

English speaking guide specialised in the history of Cartagena.

US$ 11.90
Free cancellation up to 6 hours before the service starts
Book

Free! Free cancellation up to 6 hours before the activity starts. If you cancel under this time or do not show up, you will not be refunded.

Carlos III Monument (bust of Charles III), in front of the steps to the walls.

I would recommend this tour as it was very interesting. Cartagena has a lot history more than I thought! I was the only one in the English tour, apparently it is not very popular as most people do the Spanish one, but Manu still took the time to do the whole tour with me. He was very knowledgeable and kind. This tour is a must if you want to be a traveler and not a tourist!

Professionel and good behavior. Very much knowledge were given.

Good guide, a charismatic guy in love with his city. Good visit. I would repeat. Opinion translated. Show original.

8 / 10 222 reviews
Discover beautiful Cartagena when you take our fabulous free walking tour. An expert local guide will show you around all the emblematic locations.
Free!
Book
like

8.50 / 10 4 reviews
Enjoy fabulous views of Cartagena and its port by going up to the Castillo de la Concepción in its panoramic lift.
US$ 2.40
Book
like

10 / 10 1 review
Travel the ancient Roman roads and buildings of Cartagho Nova with this ticket to the Molinete Roman Forum Museum.
US$ 7.10
Book