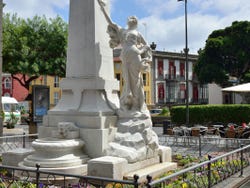 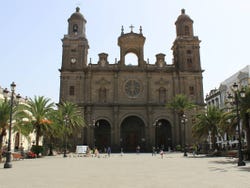 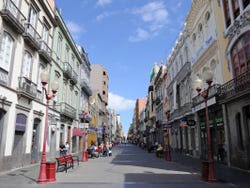 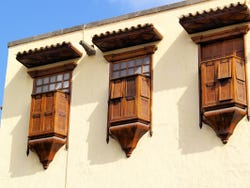 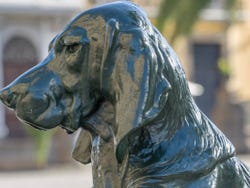 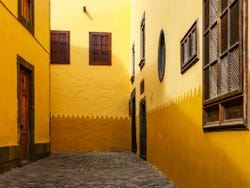 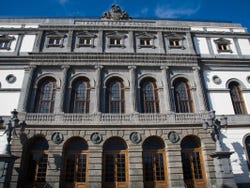 At the appointed time, we'll meet at the door of the Perez Galdós Theatre to begin this free tour of Las Palmas, which will take us into the historical centre of the capital of Gran Canaria.

We'll first visit the Vegueta neighbourhood while we talk about the Guiniguada ravine and how it has influenced the layout of the old town of Las Palmas de Gran Canaria. We'll pass by the Plaza de San Antonio Abad, contemplate the façade of the Casa de Colón, visit the Plaza del Pilar Nuevo and much more.

Our next stop will be the famous Plaza de Santa Ana, where the Cathedral, the Palacio Episcopal and the Casa Regental are located. Also, we'll see the famous dog sculptures that are located in this area, and reveal what these dogs represent!

Afterwards, you'll pass in front of the modernist palaces along Triana street, the main commercial artery of the capital, and we'll end the 2-hour tour by returning to the starting point.

The free tour doesn't allow reservations for more than 6 people. If you're a larger group, you must book a private tour of Las Palmas de Gran Canaria.

You can book up until 1 hour before the activity as long as there are still places. Book now to guarantee your spot.

Many thanks to José for all the advice he gave us, which was very good for us, about where to park, eat well and cheaply, etc., everything that the tourist from abroad appreciates and that you cannot find on traditional web pages. Thank you for telling us beyond what we can read on the Internet. Recommended this tour Opinion translated. Show original.

I liked it a lot. It has been a very enjoyable tour and we have been able to discover very interesting curiosities of the area. Thanks for everything and thanks to Carmelo, the guide Opinion translated. Show original.

10 / 10 7 reviews
The Caldera de Bandama, Agaete valley, the villages of Arucas and Teror and many other charming locations are waiting for you on this Gran Canaria Private Tour.
US$ 302.70 per group
Book
like

8.50 / 10 8 reviews
Discover Gran Canaria’s exciting sea life at Poema del Mar, the most important aquarium of the island. Over 350 species and a window into the beautiful Atlantic Ocean await you!
US$ 19
Book
like