Discover all the attractions of Helsinki with this fantastic guided tour. You will also travel by ferry to Suomenlinna, an idyllic island off the coast of the Finnish capital. 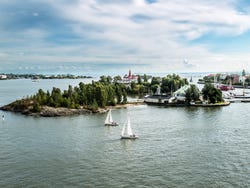 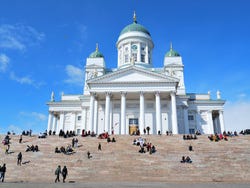 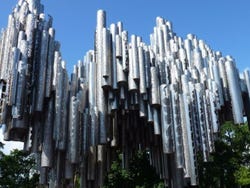 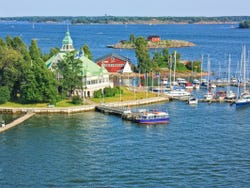 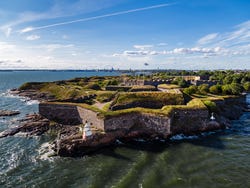 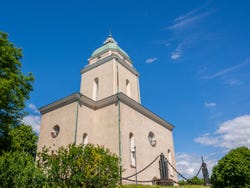 After picking you up, we will set off on a fantastic panoramic tour of Helsinki. From our air-conditioned vehicle, we will see iconic sights around the city such as the Olympic Stadium, the Esplanade Park, and Market Square.

During the tour, we will make three short stops to take pictures and admire the landmarks in more detail. Our first stop is at the Sibelius Monument which pays homage to Jean Sibelius, considered the best composer in Finland. Our second stop takes place in Senate Square, where we will see the majestic facade of the Lutheran Cathedral of Helsinki. Finally, we will visit the exterior of the nearby Uspenski Orthodox Cathedral. The intricate red brick architecture would not look out of place in Moscow's Red Square.

From Uspenski Cathedral Square we will head to the port of Helsinki. There we will board a ferry and set sail for the picturesque island of Suomenlinna. During the crossing, which takes only 15 minutes, we will see several beautiful archipelagos located on the southern coast of Finland.

Once we disembark, we will take a fabulous walking tour of Suomenlinna. This fortified island, declared a World Heritage Site, is home to many natural and historical attractions. We will take a walk through its picturesque gardens, visiting the remains of the ancient fortress that made this Baltic enclave unconquerable to enemies. We will also visit the church of Suomenlinna, characterized by the intense turquoise tones of its roofs and its bell tower.

After our tour of the island, we will take the ferry back to the port of Helsinki.

Pick up points and times

The tour includes pick-up from the following hotels, at the times indicated:

When making your reservation, you must specify which of these hotels you want us to pick you up at.

English speaking guide specialised in the history of Helsinki and Suomenlinna.

Transport in an air conditioned vehicle during the sightseeing tour of Helsinki.

Return ferry trip between the port of Helsinki and the island of Suomenlinna.

If you cancel 10 days before the day of the activity, we will refund you 75%. If you cancel under this time or do not show up, you will not be refunded.

I travelled with friends
Show all the reviews
like Free

9.60 / 10 602 reviews
Get a great introduction to the history and culture of the Finnish capital, discovering Helsinki's most important monuments on this free walking tour.
Free!
Book
like

8 / 10 15 reviews
Discover Finland’s beautiful capital on this bus tour of Helsinki. Your 24-hour ticket will allow you to use the service as many times as you want in a day.
US$ 35.70
Book
like

No rating yet
Sail around some of the Helsinki’s islands and discover the city from the water. Explore Helsinki in a unique way on this cruise along the Baltic sea.
US$ 29.70
Book