Live the history of the Vietnam War with this excursion to Vietnam's demilitarised zone. We'll visit the most important places in the area, such as the military bases where bloody battles took place, or the subterranean tunnels where the Viet Cong hid. 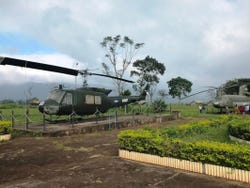 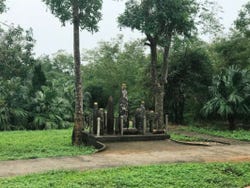 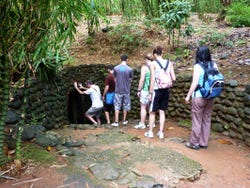 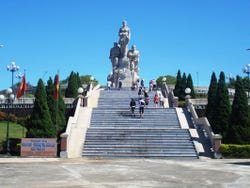 We'll pick you up at your hotel first thing in the morning, making our first stop at the Dakrong Bridge, a gift from the Cuban government in the '70s. Then our route continues to the ruins of a church, where you can still see the brutality of war upon the sight of this building, now reduced to a mere skeleton.

Next we'll head to Khe Sanh, where one of the longest and bloodiest battles in the Vietnam war took place in 1968, lasting more than two months! Currently the base plays host to a weapons museum, and photographs of that dark past... Then when we've finished you'll have free time to eat lunch (not included) and take a break or wander around the village.

Then we'll head to some of the most important places to the history of the conflict: the Hien Loun bridge on the Ben Hai river. It was where, at the 1954 Geneva Conference, when the country was divided in two, today taking on the opposite meaning, becoming a symbol of reunification for the Vietnamese.

We'll follow this historic route, heading to the Doc Mieu military base and to the Vinh Moc tunnels. It's estimated that 300 families lived in these tunnels over the war years. The tunnels, almost 3 kilometres long, are on three levels: the first for families, who lived in 'houses' of just 26 square feet (8 square metres), the second for storing weapons and the third, the deepest, to protect from the bombardments.

Then after visiting the tunnels, we'll head to the museum where we'll get a better historical perspective, and understand the conflict and the lives of those who lived through it.

Our tour of the Vietnam DMZ then concludes around 6 pm, when we return to Hue by bus.

Entry to the monuments and museums.

Transport in an air conditioned vehicle.

Non refundable. You may not cancel this activity.

Today {13th December 19}.I took the DMZ Tour from Hue. I would like to"Commend" Your Tour Guide {"Linh"}. "Linh" was an {"Excellent"!!}Tour Guide."Linh" was very Professional/Very informative & Knowledgeable. Really "Linh" made the whole experience enjoyable. It's because of "Linh's{"Customer Care"!!}. That I would/will recommend Your Company to other Travellers. Special Thanks to"Linh" Mr"Robert"{UK}

10 / 10 1 review
Climb to the lofty heights of Ba Na Hills for spectacular views over the verdant valleys of Vietnam and visit Golden Bridge and its iconic giant hands!
US$ 292.50 per group
Book
like

No rating yet
Discover the delights of Vietnamese cuisine on this unmissable food tour of Hue. You'll taste mouth-watering local dishes while exploring the city.
US$ 26.25
Book
like

8.70 / 10 3 reviews
Discover one of the most impressive natural sights in Vietnam on this day trip to the Phong Nha Caves, one of the most spectacular caves in the world.
US$ 36
Book