Enjoy a tour in the footsteps of Columbus, or a wonderful city trip to Seville, Huelva, or the Algarve, when you book our fantastic private trip. A professional guide will be exclusively at the service of you and your friends or family. 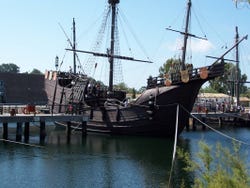 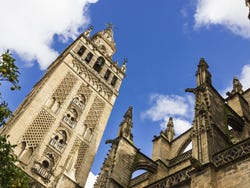 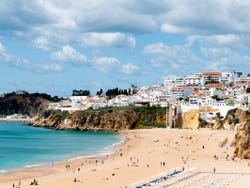 Advantages of a private trip

When you reserve this private trip, you can modify the itinerary to suit your preferences and requirements. You will have a tour guide just for you and your group. Also, if you are part of a large group, you will save money!

Our private tours and trips

You can book one of the following private activities, departing from Isla Cristina:

This route follows the footsteps of Christopher Columbus in Palos de la Frontera. We will visit the Rábida Friary, where Columbus stayed while planning the famous expedition which led to the discovery of the Americas.

We will also visit the Wharf of the Caravels, where you will encounter replicas of the Niña, the Pinta, and the Santa María ships which departed on the 3 August 1492 to discover the New World. You will also explore the 'Isla del Encuentro', a replica of the indigenous culture which Columbus discovered upon reaching land for the first time. Near the Wharf, you will also find the Medieval Neighborhood, a recreation of Palos de la Frontera from the era of the Voyages of Discovery.

We drive for around an hour and a half to the historic city of Seville. Immediately upon arriving in the Andalucian capital, we will visit the location of the Ibero-American Exposition of 1929. We will also stroll through the idyllic gardens of Maria Luisa Park and explore the magnificent Plaza de España, where you will discover 48 ceramic tiled benches dedicated to each of the Spanish provinces.

Later, we explore the old Jewish neighborhood of Santa Cruz, before entering the magnificent Cathedral of the city. This huge temple is famous for being the largest gothic church in the world, and for its elegant bell tower known as the Giralda.

During our private tour, we will be following the same itinerary as the trip to Seville from Isla Cristina.

Form Isla Cristina, we head to the province's capital, Huelva. Once there, we take a panoramic bus tour around the city's most iconic landmarks. Our route takes us past the Cathedral, the University, and the picturesque Barrio Reina Victoria district, characterized by early 20th-century English style houses. You will also visit the iconic Casa de Colón (House of Columbus) cultural center.

We will set off from Isla Cristina and head to the neighboring Portuguese region of the Algarve by bus. Our first stop is Vilamoura, where we will take a pleasant stroll along the Marina and enjoy the picturesque views of the idyllic beaches.

Later, we go to the fishing village of Albufeira, where we explore the labyrinth of picturesque streets lined with traditional whitewashed houses. Before returning to Spain, we will stop in the village of Vila Real de Santo Antonio, a shoppers paradise of endless stores and bargain prices.

Exclusive, private tour just for you and your companions.

Hotel pickup and drop off.

Per group from
US$ 329.60
Free cancellation up to 3 days before
Book

10 / 10 1 review
Seville is full of wonderful monuments and unique hidden corners such as Giralda bell tower, Plaza Espana square, the Cathedral, and the Tower of Gold.
US$ 74.30
Book
like

9 / 10 2 reviews
Trace the footsteps of Christopher Columbus when you take our wonderful tour through the province of Huelva.
US$ 46.70
Book
like

10 / 10 1 review
Discover the history and architecture of Huelva, and its British legacy, when you take our fantastic trip from Isla Cristina.
US$ 35.90
Book