Cross the border and discover the Turkish part of the island: Northern Cyprus. In this tour from Limassol, we'll walk the ancient ruins of Salamina, visit Famagusta and Strovilia, and also take a dip in the sea at Constantinos beach. Are you in? 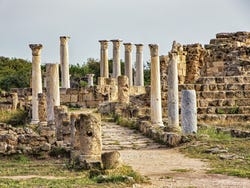 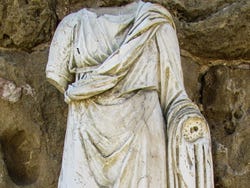 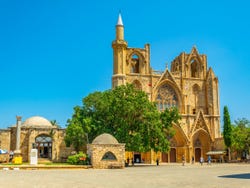 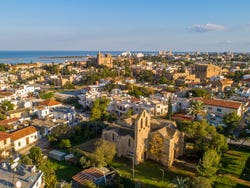 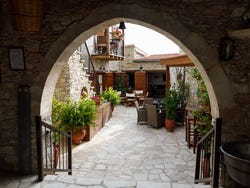 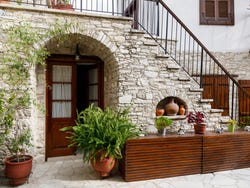 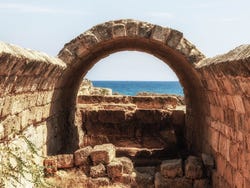 At 7:30 am we'll come to pick you up at your hotel in Limassol and from there we set off to the border between the Republic of Cyprus and the Turkish Republic of Northern Cyprus.

Before crossing over to the other side of the island, we'll make a stop at the lovely village of Skarinou so you may have lunch on your own. Then we will head to the village of Strovilia, which is located at the border zone between the Turkish region, the UN demilitarized zone, and the British military base. There is no place more appropriate to discuss the political conflicts Cyprus has gone through, which have led to the island territory being divided.

Slowly but surely we'll advance into the Turkish part of the island to explore the ancient city of Salamina, situated north of Famagusta. Did you know it used to be the capital of Cyprus centuries back?

The city was founded in the year 1202 BC by the Greeks and it was conquered by the Persians, the Egyptians, and the Romans. It was ultimately the Romans who left the most obvious mark on the city as we know it today. We will admire this Roman influence in the theater, the baths, and the gymnasium.

Our next stop will be a viewpoint from which we'll enjoy the beautiful panoramic landscape of Famagusta. From there we'll admire the Lala Mustafa Mosque, the Church of Sts. Peter and Paul, and the Venetian walls while we tell you some interesting facts about these monuments.

When we are done taking pictures, we'll head to our final destination: Constantinos beach! There you will have two hours to take a dip in the sea and stroll around the shore of golden sand. Paradise does not get any better than this! Also, to recover our strength we'll have a delicious Cypriot meal that will include a dish of meat, fish, or vegetables and a drink.

Lastly, at 6:30 pm we will drop you off at your hotel to conclude our tour.

At monuments, museums and attractions, the maximum permitted capacity will be a 20% of the total maximum capacity.

Transport by minibus or bus.

US$ 150.10
Free cancellation up to 24 hours before the service starts
Book

No rating yet
History, wine culture, mountain villages and stunning landscapes await you on this Kourion, Omodos & Koilani + Kolossi Castle Tour.
US$ 157.40
Book