Enjoy the spectacular surrounding of Linguaglossa with this Sartorius Mountains & Snow Cave Day Trip. You'll be surprised by the volcanic landscape of the Etna Park. 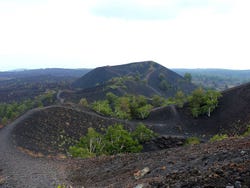 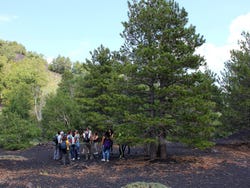 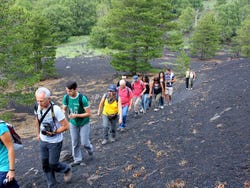 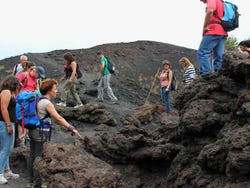 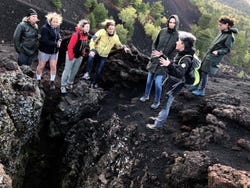 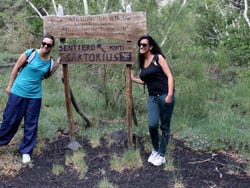 We'll meet at the Chalet Clan dei Ragazzi at the appointed time. After a short briefing on the rules to be respected and a first presentation of the area, we'll get ready to walk along one of the most beautiful and famous paths of the Etna Park. Are you ready? Then let's go!

During the tour, we'll observe the local endemic species and the volcanic bombs, i.e. "drops" of burning rock formed after a volcanic eruption.

The geological interest of the area is dictated by the presence of the imposing lava flow that, in 1865, gave rise to the Sartorius Mountains, characterised by their typical button-shaped alignment. The majestic lava flow covers an area of about eight square kilometres, with an average lava thickness of more than twelve metres!

At the end of the trekking itinerary, we'll pick up the vehicles and drive to the Grotta delle Nevi, better known as the Grotta dei Ladroni, a tunnel of lava flows used as a "snow deposit".

After five hours of hiking the tour will end.

No rating yet
Come trekking on Mount Etna and explore the territories shaped by the wild force of the so-called Mountain of Fire! Are you ready for an adventure-filled hike?
US$ 65.60
Book