With this tour you'll discover all the secrets of the Wanda Metropolitano, the new Atletico Madrid stadium, and experience a journey through the history of one of the most important football teams in Spain. You can also choose to visit the Territorio Atleti Museum! 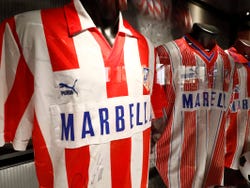 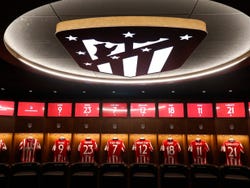 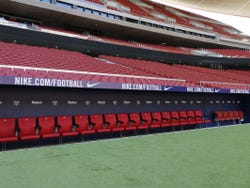 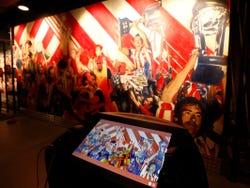 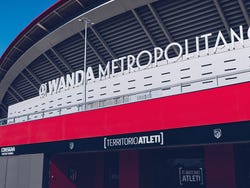 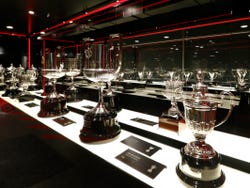 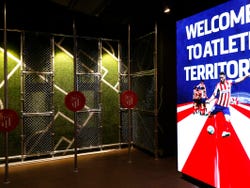 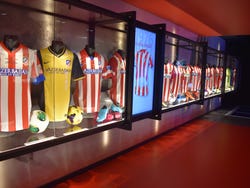 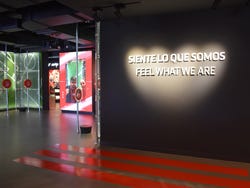 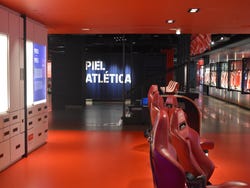 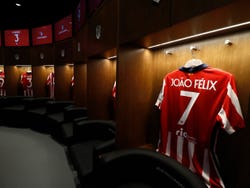 The Wanda Metropolitano, the new stadium of Atletico Madrid, is one of the newest and most modern sports venues in the world. Opened in September 2017, it has already seen numerous Atletico games, including hosting the Champions League final!

The stadium has also been the venue for the Madrid women's team and the Spanish national football team as well as playing host to music concerts of popular national and international artists including Ed Sheeran.

During the tour of the Wanda Metropolitana you'll be able to see first hand what one of the most important stadiums in Europe is like inside. You'll get to see the pitch, the changing rooms of the first team, the Press Room, the Presidential Box and the VIP Room, where new players are presented.

Territorio Atleti is a museum dedicated to the Atletico de Madrid football club, located within the facilities of the Wanda Metropolitano stadium.

The museum has a series of interactive panels allowing visitors to learn all about the history of the club and the team values. You'll discover the Madrid club's roots and its influence on a national and international level. What's more, you'll get to relive Club Atlético's successes narrated by former and current players of the red and white team.

Territorio Atleti is a unique space showcasing a wide variety of historical objects, interactive screens, an athletic time tunnel, virtual reality experiences and many other surprises providing a comprehensive experience of the team that is great fun for the entire family.

The time you choose when making your reservation will be the start time of the tour of the Wanda Metropolitana Stadium, which is done with an official Club Atlético de Madrid guide.

These are the times of the tour of the Metropolitan Wanda Stadium:

On Saturdays, Sundays and holidays the tour is self-guided without a guide. On those days, you can do the tour at your own pace from 11 am. The last entrance is at 5 pm and you can stay inside the stadium until 6 pm.

On match days and training days there are special times which you should consult on the official website of Club Atlético de Madrid.

On the other hand, the visit to the Territory Atleti Museum is self-guided. This museum is open from Monday to Sunday from 11 am to 6 pm, but once in you can stay inside until 7:30 pm.

Both the Wanda Metropolitana Stadium tour and the Territorio Atleti Museum are free for children under 6 years old, but they will need to present a physical ticket to enter the turnstiles.

Entry into the Wanda Metropolitano Stadium.

Yes, imperative to point out when the booking is made.

I travelled with teenagers
8

I travelled with small children
Show all the reviews
like

10 / 10 10 reviews
Enjoy a day away from the hustle and bustle of Madrid with this Guadarrama & Manzanares El Real Castle Tour. Visit the Guadarrama National Park.
US$ 82.60
Book
like

9.20 / 10 76 reviews
Visit one of the most legendary tablaos in the world and discover a traditional Gypsy dance that awakens the soul, speaks to the heart and gives you goosebumps, Flamenco dancing.
US$ 50.30
Book
like

No rating yet
Get up to close to the magnificent wild bulls used in Spain's bullfights and shows, with this trip from Madrid.
US$ 82.60
Book