Enjoy exploring the gold mines of the Tresminas complex, the largest in the Roman Empire. In addition, on this tour, you'll visit the Pedras Salgadas park. 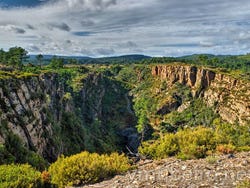 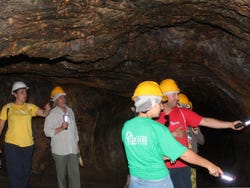 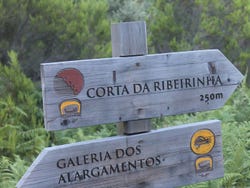 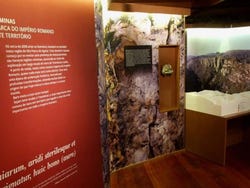 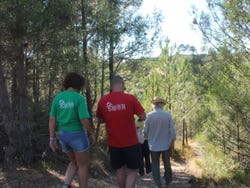 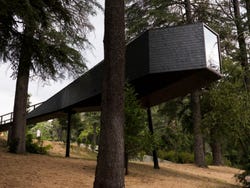 At the selected time, we'll pick you up from your hotel in Montalegre and set off for Tresminas, where we'll arrive after an hour and a half.

We'll go into the caves of the Tresminas Archaeological Park, a gold mine discovered during the time of Emperor Augustus. Do you know why these mines were so important? We'll find out!

This complex was used to extract this valuable mineral until the 3rd century, being the largest gold deposit in the Roman Empire until then. It's made up of a series of tunnels and caves that we'll go through as we learn about the history of these mines. During the tour, we'll also be able to see the bats that live in the caves.

We'll leave the mines and go to the Tresminas Interpretation Centre to learn more about the complex and its cultural value by walking through its exhibition rooms and observing objects that have been found in the caves.

The last stop of the tour will be the Pedras Salgadas Park, an oasis of peace surrounded by nature with a tourist complex of eco-houses. These houses are designed in a peculiar futuristic style.

We'll take a walk through the park before returning to your hotels in Montalegre after a four hour tour.

Transport by bus or minibus.

You can book up until 2 hours before the activity as long as there are still places. Book now to guarantee your spot.

US$ 60.60
Free cancellation up to 24 hours before the service starts
Book

No rating yet
Explore the beautiful northeast of Portugal with this tour of the Tras-os-Montes region. You will visit charming villages such as Boticas or Chaves..
US$ 115.10
Book
like

No rating yet
With this 4x4 tour, you'll visit the Portuguese city of Chaves and the surrounding region. You'll see its most famous monuments and learn about its history.
US$ 60.60
Book