Step into the opulence of the Royal Palace in Naples and venture through the mysterious Bourbon Tunnel on this fantastic trip. An English-speaking guide will show you all the magical secrets of these two fantastic locations. 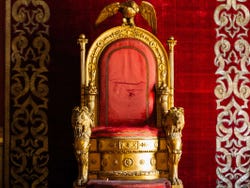 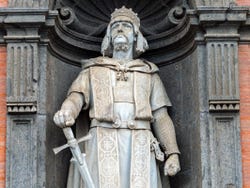 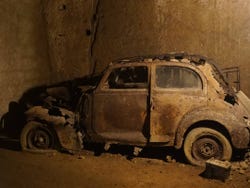 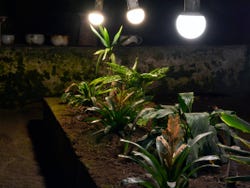 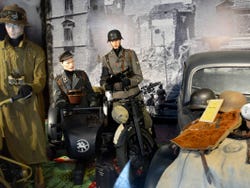 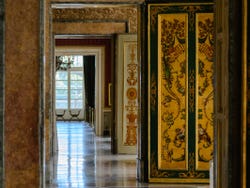 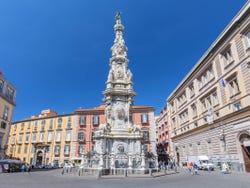 At the time you have chosen, we will meet up in the elegant Piazza del Plebiscito square. After admiring the wonderful façade of the Royal Palace of Naples, we will head inside this magnificent monument, which dates back to 16000. During the guided tour, we will explore the different spaces such as the lavish throne room, the old theatre, and the chapel. Along the way, you will encounter many beautiful works of art and furniture.

As we go through the rooms, we will tell you about the history of this palace complex. For over a century it was the residence of the Bourbon dynasty, and some of the kings who lived here include Charles III and Ferdinand IV. We will reveal the important links between the Bourbons and the city of Naples.

After the guided tour of the Royal Palace, we will go to the Bourbon Tunnel, also known as the Bourbon gallery. Although it was initially built to permit the quick movement of the king's troops, its most active period use was during the Second World War when it was used as a bunker!

We will make our way through the passages of this underground tunnel which, in the middle of the 20th century, helped to provide shelter for some 10,000 people. We will see its old military hospital and hear about the most interesting episodes of this enigmatic place.

After a four-hour tour, we will end the activity by returning to Piazza del Plebiscito square.

US$ 48.40
Free cancellation up to 24 hours before the service starts
Book

8.30 / 10 84 reviews
Legendary stories of Ancient Greeks and Romans await you on this free walking tour of Naples Old Town. Explore the city's most historic streets!
Free!
Book
like

8.50 / 10 572 reviews
Lava and ash petrified the citizens of Pompeii, leaving them as a perfect record. Get to know it on this excursion which climbs the volcano itself
US$ 109.10
Book
like

8.90 / 10 404 reviews
Rural landscapes, dreamy beaches and stunning cliffs... discover Sorrento and the Amalfi Coast, and allow yourself to be seduced by one of the most beautiful areas of the Mediterranean.
US$ 103
Book