Enjoy an exciting ride over the Eastern Pyrenees with this Canigou Helicopter Tour. Fly over the village of Castelnou, the abbey of Saint Martin and the castle of Corbère stand out. 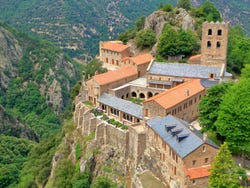 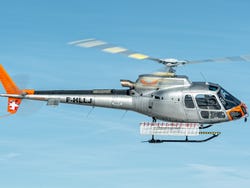 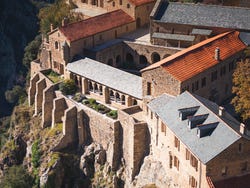 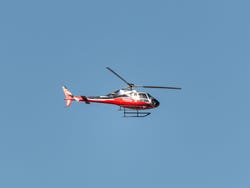 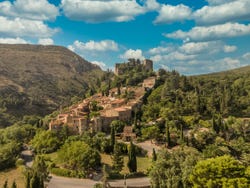 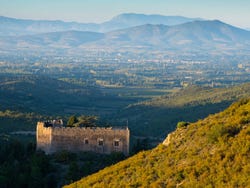 At the time of your choice, we'll take off from Perpignan airport to head for the most beautiful areas of the Eastern Pyrenees.

We'll start the helicopter ride by flying over Castelnou, one of the most beautiful villages in the Occitan region. This picturesque village, which extends across the valley at the foot of the Canigou massif, is noted for its imposing medieval castle, and we'll have a bird's eye view of this fortress!

We'll continue the helicopter ride by flying over the famous Saint Martin Abbey. The monastery stands on a rock of the Canigou massif, which is situated at an altitude of 1055 metres. From the air, the panoramic views of this place are extraordinary!

The route through this beautiful part of the historic Roussillon region will continue on to the castle of Corbère. Did you know that the origins of this bastion date back to no less than the 12th century?

Finally, after a 15-minute flight, we'll end the helicopter ride by landing at Perpignan airport.

The tour will take place on board an Airbus H125 Ecureuil single-engine helicopter, which has a maximum capacity of 5 passengers. This type of aircraft reaches a cruising speed of up to 220 kilometres per hour, making it one of the fastest in its class.

Tours or activities will not consist of more than 6 people per group.

The activity takes place with a pilot that speaks in english and french.

Free! Free cancellation up to 21 days before the day of the activity. If you cancel under this time or do not show up, you will not be refunded.

I travelled with friends
Show all the reviews