Discover one of Tarragona's most picturesque historic towns on a private tour of Reus with an exclusive guide just for you and your partner, family or friends. 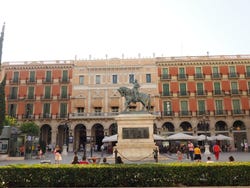 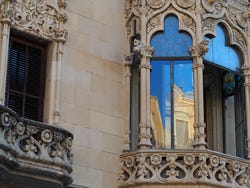 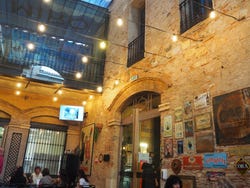 At your selected time, we'll meet in Plaça Mercadal in Reus, where we'll begin our private guided tour of one of Tarragona's most enchanting medieval towns.

We'll kick off our tour learning all about the history of Reus, which was an important commerical hub during the Middle Ages, while we admire notable buildings like the modernist architectural gem known as Casa Navàs.

Continuing on our private tour of Reus, we'll see the impressive facade of the Prioral de Sant Pere, a late Gothic masterpiece dedicated to the patron saint of Reus. We'll then stroll through the Plaça del Castell towards the Raval del Pallol. Here, we'll have the opportunity to see the remains of the city's medieval wall under our feet.

Our next stop will be the Plaça de Prim, named for a famed general and president of the Council of Ministers who was born here in Reus. We'll take a moment to admire his statue while we learn about him. Did you know that he was also Count of Reus?

Then we'll make our way to Carrer de Sant Joan, where we'll find a number of elegant examples of modernist architecture such as Casa Rull, before heading to Bofarull Palace, a historic building that currently houses the headquarters of the Conservatory of Music.

For the finishing touch on our private tour of Reus, we'll enjoy a well-earned aperitif at the Vermouth Museum, a drink with a long history in Reus. After three hours, our tour will end here at the museum.

When you reserve a private tour, you'll enjoy a much more personalised service. You'll be able to tailor the itinerary to your interests and visit the monuments of your choice. What's more, if you're a large group, you'll save money too!

Aperitif at the museum: vermouth or soft drink, potato chips and olives.

Private and exclusive tour: there will be no one else in the group.

Per group from
US$ 71.90
Free cancellation up to 24 hours before the service starts
Book