Explore the best of Valparaiso on this free walking tour. Delve deep into its history as you stroll down colourful Bohemian streets and enjoy spectacular views from its steep hills.

Explore the best of Valparaiso on this free walking tour. Delve deep into its history as you stroll down colourful Bohemian streets and enjoy spectacular views from its steep hills. 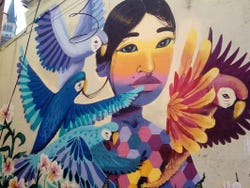 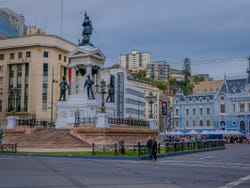 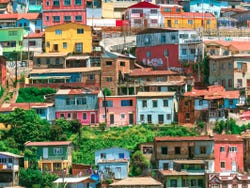 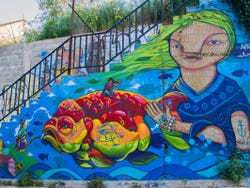 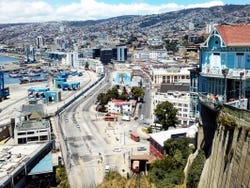 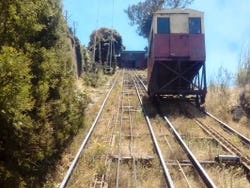 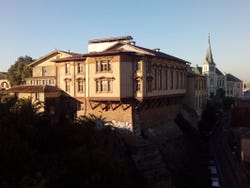 Begin your free walking tour of Valparaiso near the port, in a square called Plaza Sotomayor, next to the Monumento a los Héroes de Iquique. We'll learn about the history of this monument before making our way down to the port to learn about the origins of this fascinating Chilean city, declared a UNESCO World Heritage Site.

When we arrive at the waterfront, you'll hop on board a traditional trolleybus and enjoy the relaxing ride to one of Valparaiso's funiculars. With so many hills in the city, it has had over thirty different funiculars and elevators throughout its history, most of which were built between the 19th and 20th centuries.

We'll get off the funicular at the highest part of the city: Cerro Alegre and Cerro Concepcion. Admire the beautiful Bohemian streets in this district, and the colourful houses, infinite staircases, luxury hotels and diverse churches perched upon steep hills.

Our tour will continue along Paseo Dimalow, walking down picturesque streets such as Pasaje Gálvez and Pasaje Bavestrello until we arrive at the Palacio Baburizza. At the end of the tour we'll head back down in the funicular and make our way to the starting point, where our free tour will end.

You can book up until the same day (8:00 am) if there are still places available. Book now to guarantee your spot.

Alex is very knowledgeable, and he gave me an amazing tour of the city.

Simply amazing. Alex was top! Very knowledgeable and funny. He managed to fully keep our attention, including only highly interesting information. One of the best tours i ever had. Thank you!!

I travelled with small children
Show all the reviews
like Free

10 / 10 4 reviews
Discover the captivating Barrio Puerto neighbourhood in Valparaiso with this fantastic free tour. You will also visit the beautiful Cerro Cordillera.
Free!
Book
like

No rating yet
Discover the flavours of Chile on this food tour of Valparaiso. You'll get to try some of the city's most typical dishes.
US$ 23.70
Book
like

No rating yet
If you are arriving in Valparaiso on a cruise, then our specially adapted tour is the perfect way for you to discover this beautiful city.
US$ 58
Book