Get to know the historical monuments in the centre of Bogotá with this route. You'll also visit the famous Gold Museum and take the cable car up to Montserrate. Are you going to miss it? 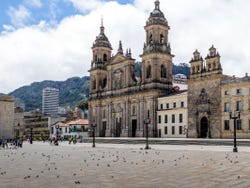 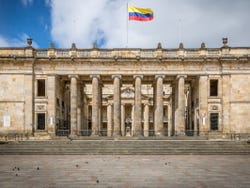 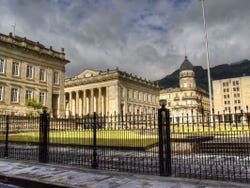 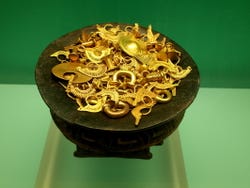 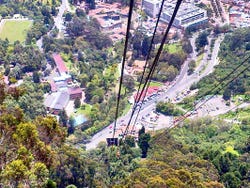 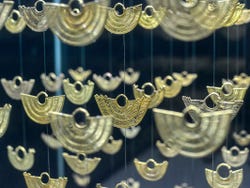 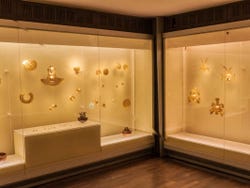 After picking you up from your hotel in the Colombian capital, we'll begin our guided tour of Bogotá by driving through the La Candelaria district. In this part of the city we'll see the exterior of historic monuments such as the Colon Theatre or the San Carlos Palace. Did you know that this building currently houses the headquarters of the Foreign Ministry?

During the route through the La Candelaria district of Bogotá, we'll also pass by the church of San Ignacio de Loyola. The earthquake that the city suffered in 1763 seriously affected the temple, which, however, could be restored, preserving part of its original architecture. We'll continue our tour of the Colombian capital until we stop in front of the Presidential Palace of Nariño. Do you know the origins of this emblematic building?

Our next stop will be at the famous Plaza Bolívar. Around this mythical esplanade, we'll see some beautiful monuments as the Primary Cathedral of Colombia, the National Capitol (which houses one of the country's parliamentary seats) and the Liévano Palace, the seat of the municipal mayor's office.

We'll then enjoy a guided tour of the Gold Museum. Its exhibition of pre-Hispanic art is one of the most important in Latin America - a living history of the continent! To round off the tour, we'll take the Montserrate cable car, which will take us to the top of the hill from where we'll have exceptional views of the metropolis.

After four hours, we'll take you to your hotel.

The Gold Museum is closed on Mondays. If you take the tour on this day, instead of contemplating the golden pieces of the museum we'll visit the Botero Museum instead. The works of Fernando Botero, one of the most established Colombian artists, will surely surprise you!

Transport by car or minibus, depending on group size.

English speaking guide specialised in the history of Bogotá.

Entry to the Museo del Oro o Museo Botero (depending on day).

US$ 47.20
Free cancellation up to 48 hours before the service starts
Book

I travelled by myself
Show all the reviews
like -10%

9.70 / 10 52 reviews
A cathedral inside a salt mine? Discover the unusual architecture of this unique church on this day trip to Zipaquirá, just an hour from Bogota.
US$ 50.70 US$ 45.60
Book
like Free

9.50 / 10 367 reviews
Discover the capital of Colombia with this free tour of Bogota, in the foothills of the Andes and the third largest city in America. And even better, it's free!
Free!
Book
like Free

9.50 / 10 40 reviews
Bogota is one of the main Latin American capitals of urban art. With this fantastic free graffiti tour you will see its most striking murals.
Free!
Book