Learn about the history of the port city while cycling through its most emblematic districts with this Bordeaux City Bike Tour. 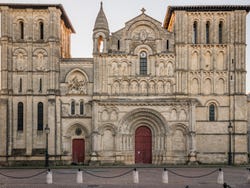 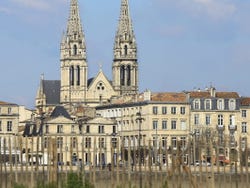 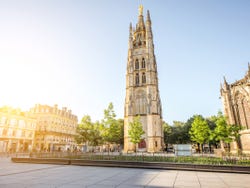 We'll meet at the appointed time in rue de Tauzia in Bordeaux. After a brief technical talk beforehand, we'll start the bicycle tour of the main districts of the capital of New Aquitaine. The route, which will mostly run through very flat areas, will be approximately 15 kilometres long.

We'll first go through the historic district of Saint-Michel, located on the banks of the Garonne River. The main architectural jewel of this district is the Saint-Michel Basilica, a masterpiece of Flamboyant Gothic, which has been declared a UNESCO World Heritage Site. We'll stop in front of its façade to learn about the history of the church and its district, which is undoubtedly one of the most beautiful in Bordeaux.

The bike tour will continue by contemplating the church of Sainte-Croix, a former Benedictine abbey declared a Historical Monument of France. While we admire its exterior architecture we'll talk to you about the Merovingian period, the period in which the temple was built.

The next stop will be the Jardin Public, the lungs of Bordeaux. From this park, we'll go to the famous district of Chartrons, famous for its restaurants and typical bistros. To the north of this area of the city, next to the banks of the Garonne is the Bacalan district, where we'll see the spectacular building of the Cité du Vin.

From Bacalan we'll cross to the other bank of the Garonne to visit the La Bastide district, one of the most bohemian areas of Bordeaux. Finally we'll return to the starting point, and finish the bike tour.

The activity takes place with a guide that speaks in english, spanish and french.

Is there a water dispenser.

The activity helps the conservation of biodiversity.

The activity helps to promote peace.

US$ 41.30
Free cancellation up to 48 hours before the service starts
Book

9.60 / 10 3,970 reviews
Beautiful architecture, fascinating history and one of the world's most famous wine regions: discover the best of Bordeaux on this guided walking tour. What's more, it's FREE!
Free!
Book
like

8.60 / 10 82 reviews
Delve into the world of Bordeaux's treasured product when you visit the Cité du Vin museum and taste a delicious glass of wine!
US$ 23.60
Book
like

9.30 / 10 3 reviews
Explore the best of Bordeaux with an exclusive English-speaking guide. Tailor your tour to your interests and discover the history of the elegant French city.
US$ 88.50 per group
Book