Discover this beautiful city in Puglia with this Brindisi Private Tour alongside an exclusive guide just for you and your group. Not to be missed! 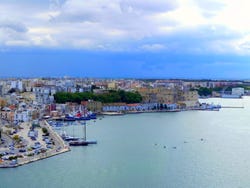 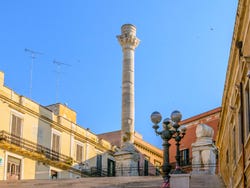 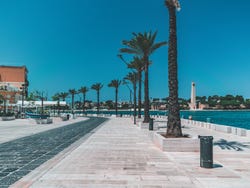 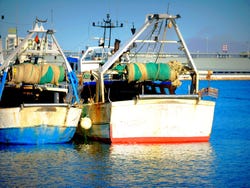 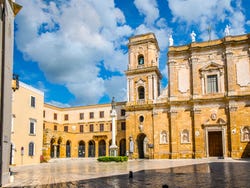 At the time of your choice, we'll gather at the Roman Columns of Brindisi, near the Regina Margherita promenade, to start an exciting private tour of Brindisi. Ready to discover the best of this fascinating city? Then let's go!

Our itinerary will start from the Colonne Romane, an emblematic place that once formed the end of the Via Appia. Did you know that Brindisi was already a very important commercial port during the Roman Empire? We'll discover this and other curiosities during the tour!

Next, we'll see the famous Monument to the Sailor of Italy, a rudder-shaped structure built as a tribute to the sailors who died during the First World War. What was Brindisi's role during the war? We'll tell you!

The tour will continue to Piazza Duomo, where some of the city's most important monuments are located, such as the Basilica of San Giovanni Battista, the Loggia of Palazzo Balsamo and the Seminary building. We'll also reach the Museo Archeologico Provinciale, where very interesting remains of the Messapian civilisation of the area are preserved.

After 2 hours, you'll say goodbye to your guide in front of the Granafei-Nervegna Palace, after discovering the history of this emblematic building.

Advantages of a private tour

By booking a private tour, you'll receive a much more personalised service and visit the centre of Brindisi with an exclusive guide.

US$ 196.80
Free cancellation up to 48 hours before the service starts
Book

Trip to Matera and Grottaglie

No rating yet
Discover amazing cave churches, ceramic artworks, and picturesque cobbled streets with this fantastic trip to Matera and Grottaglie..
US$ 143.10
Book
like

No rating yet
Discover beautiful villages scenery with this Itria Valley Villages Day Trip. From the cliffs of Polignano to Mare to the curious architecture of Alberobello.
US$ 143.10
Book
like

No rating yet
Discover the treasures of Puglia by visiting the cities of Monopoli and Martina Franca and the karstic caves of Castellana. An unforgettable trip.
US$ 143.10
Book