What were the Mayans doing when they build the pyramids of Chichén Itza? What were their prophecies? Decrypt these enigmas, and more, visiting the archaeological site, and with a visit to a sacred cenote. 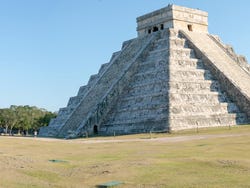 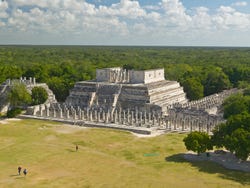 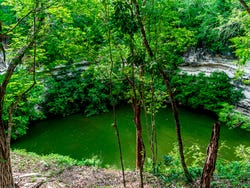 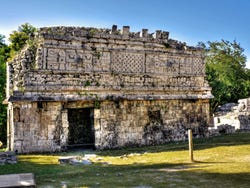 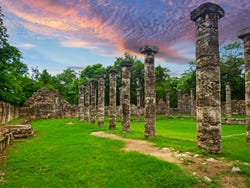 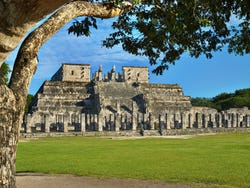 Having picked you up from your chosen meeting point we'll hit the road to the most famous archaeological site in Mexico.

Having arrived at Chichén Itzá we'll visit the most important and renowned remains of the Mayan civilisation, revealing its incredible secrets through a guided visit of the archaeological site.

We'll reveal the secrets of the Kukulkán pyramid, named one of the seven wonders of the modern world in 2007, and which remains part in darkness part illuminated during the solstices, a testament to the deep astrological knowledge of the pre-Columbian civilisations.

Continuing our tour we'll visit the Chichén Itzá temples, one of the most spectacular of which being the temple of the warriors, decorated with images of war and guarded by a forest of columns, custodians of Chac Mool, the god of rain.

Then we'll head to one of the sacred Mayan cenotes, where you can swim, or simply enjoy the leafy landscape. Archaeologists have even found numerous human remains here, due to the sacrifices which once took place in the area. And having finished the guided tour we'll fuel up with a buffet lunch (although due to timing the buffet may come before the cenote tour).

Afterwards, we'll move on to the colonial city of Valladolid. On arrival, we'll take a guided tour of the old town, including the church of San Servacio, the Municipal Palace and the Municipal Market.

With the tour over, we'll head back to the meeting points in Cancún, arriving at around 7 pm.

Due to the current situation, the visit to Valladolid will be 25 minutes long, during which we will visit the church of San Servacio, the Municipal Palace and the Municipal Market by bus. In turn, time at the cenote will be extended.

The trip includes pick up from the following meeting points at the indicated times:

If you prefer, you can also choose the option that includes pickup from the following hotels in Cancun:

Selecting this option will also get you a drink included with your lunch as well as an umbrella in the cenote.

Pick up and return to meeting point or hotel.

Entry to the archaeological site.

Entry to the sacred cenote.

Umbrella and drinks (depending on option chosen).

Life jacket: US$ 5 per person.

Accessible only for folding chairs.

From
US$ 52.30
Free cancellation up to 24 hours before the service starts
Book

Must see. Tour was fun, the guide was very attentive and explained everything in 2 languages. The lunch was below average.

The excursion was very complete and we were lucky with the weather. The guide, Frank, is great. He explained many things to us, he was attentive to us at all times and he is very very nice. I recommend it. Opinion translated. Show original.

All perfect. It is worth the 3 hours of travel. Marco was charming and very friendly. Opinion translated. Show original.

The experience was very very pleasant despite the fact that there was a delay at the meeting time, however it was very well rewarded, something else that I would like to add is that they lengthen the visit of the cenote a little more Opinion translated. Show original.

9.10 / 10 41 reviews
Set off on a full-day excursion by catamaran and explore the natural beauty of Mujeres Island (Island of Women), and visit some of the most beautiful beaches in the world.
US$ 40
Book
like -5%, Skip the line

8.90 / 10 32 reviews
Visit the incredible natural park of Xcaret on this full-day tour from Cancun and discover the country's wild animals, Caribbean waters and authentic Mexican culture.
US$ 154.99 US$ 147.25
Book
like

8.70 / 10 22 reviews
Go snorkelling with whale sharks and visit the beautiful Isla Mujeres on this day trip. An unforgettable experience in the Mexican Caribbean!
US$ 139.80
Book