Less than an hour away from Coimbra, the Venice of Portugal awaits you. Explore beautiful Aveiro on a traditional Moliceiro boat and discover one of the country's most spectacular beaches at Costa Nova. 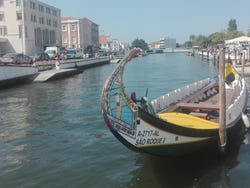 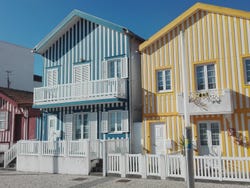 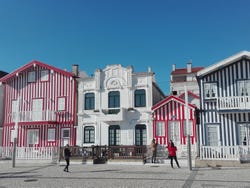 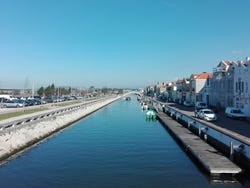 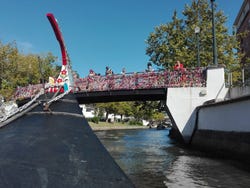 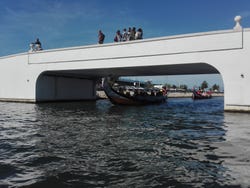 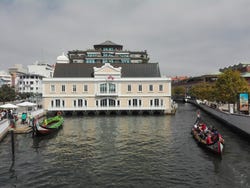 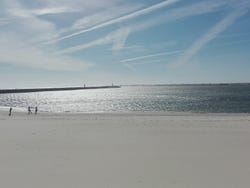 Having been picked up from your hotel in Coimbra, you'll set off in the direction of Aveiro. Arriving in the historic city, you'll climb aboard one of the famous Moliceiro boats, traditionally used to transport seaweed and salt. You'll enjoy a 45 minute cruise on the canals that divide Aveiro and which have earned it the nickname "the Venice of Portugal".

After taking in the views of the beautiful city from the Moliceiro, you'll be taken to Praia da Barra. There, you'll have the opportunity to explore the stunning white sand beach and take photos with the Aveiro Lighthouse. Did you know that this is the second tallest lighthouse on the Iberian Peninsula? Only the Faro de Chipiona near Cadiz is taller.

You'll then head to nearby Costa Nova, one of Portugal's most spectacular beaches, known for the iconic striped houses that line the bay. Historically home to the local fishermen who worked in nearby waters, these days the picturesque buildings are a popular tourist attraction.

At the end of your tour, having made the most of your time in these pretty Portuguese coastal towns, you'll make the return journey to Coimbra where you'll be dropped back off at your hotel. You'll never want to leave!

If you choose to do this Aveiro & Costa Nova Tour on a Wednesday afternoon, you'll be able to choose to climb Aveiro Lighthouse. After climbing 300 steps, you'll have an incredible panoramic view over the bay below. This activity is not recommended for people with heart problems.

Tours or activities will not consist of more than 5 people per group.

The capacity of all means of transport will be reduced to 30% of their maximum capacity.

US$ 61.70
Free cancellation up to 24 hours before the service starts
Book

I travelled with teenagers
Show all the reviews
like New

Learn all about this superior quality wine on this tour of the Dão region from Coimbra - perfect for wine aficionados and connoisseurs.

9.20 / 10 13 reviews
Discover the beautiful historical centre of Portugal's former capital with this Coimbra Private Tour. You'll have an exclusive guide for you and your family or
US$ 59.30 per group
Book
like Free

New
Explore this Portuguese city full of history and visit some of its most iconic spots on this free tour of Coimbra.. Plus, it's free. Are you in?
Free!
Book