Discover the most emblematic places of interest in the largest city on the Rhine with this private tour of Cologne. Explore the cathedral, the town hall, the old market and much more. 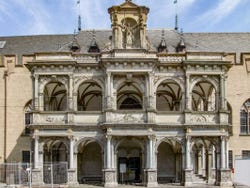 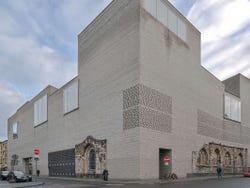 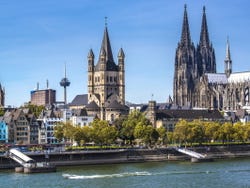 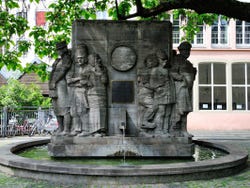 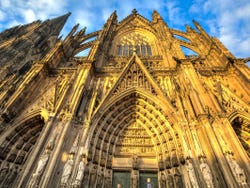 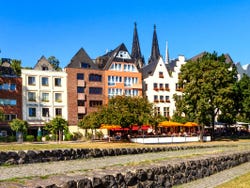 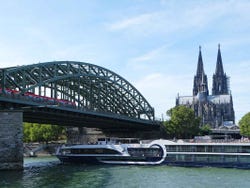 At the time of your choice, we'll meet at Domtreppen, the steps in front of Cologne Cathedral, where our private tour of the German city will begin. We'll start by admiring the impressive Gothic façade of the church, which towers above us at 157 metres in height.

A few steps away, we'll reach the Heinzelmännchenbrunnen, where our guide will reveal the legend behind the sculptures of elves in the fountain. We'll then head onwards to stop between Rathausplatz, or Town Hall Square, and Alter Markt, the Old Marketplace. There, we will see the Old City Hall, built 900 years ago on what was a Roman praetorium.

We'll continue strolling through the gardens located on the banks of the Rhine River until we reach the Fish Market, a small square full of charming colourful houses. Afterwards, we'll stop to discover the history of the Willi Ostermann Brunnen Fountain, before passing by the Wallraf-Richartz and the Kolumba museums. You'll be enchanted by the architecture of the latter, which incorporates the ruins of St Kolumba Church into its structure.

As its name suggests, this city is famous for Eau de Cologne, so we'll make a stop at one of the oldest perfumeries in Cologne, the Dufthaus 4711, which dates back to the 18th century. We'll also see the façade of EL-DE Haus, the former Gestapo headquarters and now a museum documenting the Third Reich.

The final stop on our private tour of Cologne will be at the Kölnisches Stadtmuseum, the city museum, before our two-hour tour comes to an end at the Römerbrunnen fountain.

By booking a private tour you'll enjoy the exclusive use of an English speaking guide. You'll receive a much more personalised service. You can take the tour any day of the week and leave at the time you want. If you're a large group, you'll save money.

Private and exclusive tour, there won't be anyone else in the group.

Per group from
US$ 219.10
Free cancellation up to 24 hours before the service starts
Book

Very good experience. Our guide Jorge made us a pleasant, fun tour and even though we were a group, he managed to keep us all attentive to all his interesting explanations. We recommend it without a doubt Opinion translated. Show original.

8.30 / 10 6 reviews
Enjoy all the attractions on offer in one of the most beautiful cities in the Rhineland, with the Cologne tourist card, giving you discounts on museums and monuments!
US$ 10.90
Book
like Free

9.20 / 10 919 reviews
Discover the secrets of the Rhine's biggest city on this free tour of Cologne's unmissable sights. See Rudolfplatz, the Town Hall, the Cathedral and more!
Free!
Book
like

7.40 / 10 60 reviews
Learn about Cologne's fascinating history while admiring its most famous monuments on this boat trip along the River Rhine.
US$ 14.50
Book