Travel to the site of Ephesus and discover one of the best-preserved remnants of ancient times on the Asia Minor peninsula. You'll also visit the House of the Virgin Mary and the Isa Bey Mosque. 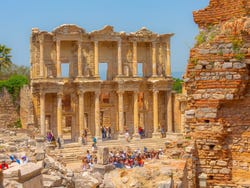 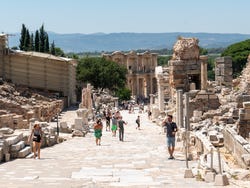 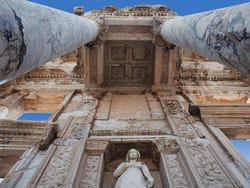 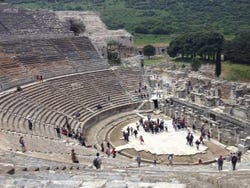 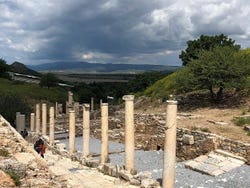 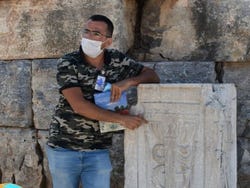 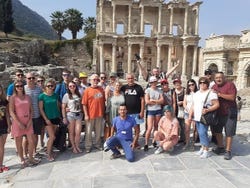 We'll pick you up from your hotel in Dalaman between 6:30 and 7:10 am, and drive northwest to the site of Ephesus. After about four hours, we will arrive at our destination and begin a guided tour of one of the best-preserved Greco-Roman cities in Turkey.

Making our way through Ephesus, we'll admire impressive monuments such as the Temple of Hadrian, built in honor of the deified Roman emperor, and the Library of Celsus, one of the most luxurious bibliographic archives of the Roman Empire in the Eastern Mediterranean.

We'll then continue by visiting the Roman Theater, one of the grandest and most important areas of the site. The massive theater, built in the shape of a horseshoe with many elements from the Hellenistic period, had a capacity for 25,000 people!

After exploring Ephesus, we'll go to a local restaurant to refuel with a delicious Turkish meal. With our batteries recharged, the group will travel to Isa Bey Mosque, one of the oldest architectural works remaining from the Anatolian beyliks.

The last stop on our tour will be a visit to the House of the Virgin Mary, the place where the apostle St. John took the mother of Christ after the crucifixion of Jesus.

At the end of the tour, you will be taken back to your hotel, arriving between 6:30 and 7 pm.

This tour includes pickup from hotel areas in the following towns: Dalaman, Gocek, Sarigerme and Daylan.

The capacity of all means of transport will be reduced to 70% of their maximum capacity.

The activity takes place with a guide that speaks in english and other language.

US$ 70.20
Free cancellation up to 24 hours before the service starts
Book

Free! Free cancellation up to 24 hours before the activity starts. If you cancel under this time or do not show up, you will not be refunded.
like New

New
Discover another side of Turkey on this excursion from Dalaman. Take a mud bath in Dalyan and enjoy a boat ride to see the loggerhead sea turtles!
US$ 35.10
Book
like New

New
Discover the natural pools of Pamukkale and the fascinating site of Hierapolis on this excursion from Dalaman. See the famous "cotton castle!"
US$ 70.20
Book