Enjoy the beautiful scenery of the Estartit coast with this Medes Islands Kayak Tour. You'll paddle in the Mediterranean waters around one of the Costa Brava archipelagos. 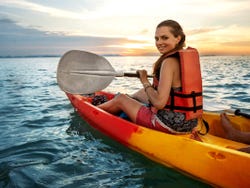 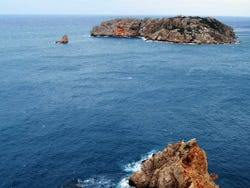 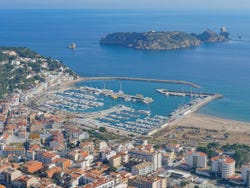 At 9 am we'll meet just in front of Camí del Ter Vell on the Passeig Marítim in Estartit, and receive brief instructions on how to use the kayaks.

Then, we'll depart from the Estartit dock to begin a fun kayak tour; the Medes Islands are only 20 minutes away! During the trip, the guide will tell us some curiosities about this archipelago. Did you know that it was an old pirate refuge?

During the tour, we'll also learn some details about the geology of the Medas Islands, which are grouped into Meda Gran, Meda Petita and other tiny islands like the Tascons. When we finally arrive at our destination, we'll make a brief stop to rest and take a refreshing dip in this beautiful natural environment along the Costa Brava.

Afterwards, we'll return to the kayaks to paddle back to Estartit and continue discovering other facts about the Iles Medes Nature Reserve, which was declared a Protected National Nature Park in 2010.

In general, we'll use double kayaks, which are the most stable. Those members of the group who have official experience may use a single kayak. In any case, all the prices indicated are per person and not per kayak.

Equipment to carry out the activity.

The monitor is very nice, you don't get off the island but you stop to snorkel for 20 minutes. The kayak are fine and they lend you a waterproof bottle to put your belongings. Opinion translated. Show original.

10 / 10 1 review
The winds of the Costa Brava make it the perfect place to climb on a windsurf board for the first time: learn to windsurf in L'Estartit!
US$ 71.20
Book
like

No rating yet
Relax on board a catamaran on this sailing trip along the Costa Brava and enjoy incredible views of the Montgrí, Medes Islands and Baixa Ter Natural Park.
US$ 53.40
Book
like

8 / 10 1 review
Make the most of your time in L'Estartit and learn to kitesurf in the Mediterranean Sea: fly over the waves of the Costa Brava on this unforgettable activity!
US$ 175.60
Book