Annecy is known as the “Venice of the Alps”. On this guided tour you will explore this beautiful French city and then enjoy a fabulous panoramic tour of Geneva. This is a brilliant way to discover the beautiful region.

Annecy is known as the “Venice of the Alps”. On this guided tour you will explore this beautiful French city and then enjoy a fabulous panoramic tour of Geneva. This is a brilliant way to discover the beautiful region. 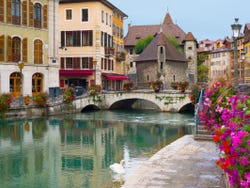 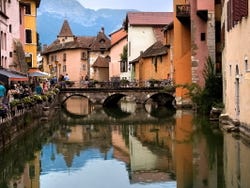 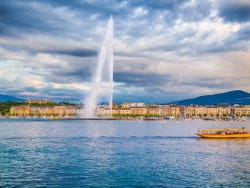 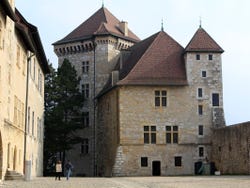 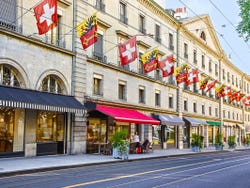 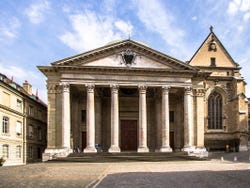 We will meet up in the center of Geneva before taking the bus to Annecy in the French Alps.

We will start our guided walking tour of the city which was governed by the House of Savoy before it ruled the Kingdom of Italy. Annecy is famous for its canals, which earned it the nickname the ‘Venice of the Alps'.

Strolling through the medieval streets we will discover the long history of what was an important hub for the counter-reformation. When John Calvin started to extend his influence from nearby Geneva, Annecy became a vital bastion from where the Catholic church tried to combat it.

The 45-minute tour takes us to the most symbolic locations in the city, such the Château d'Annecy castle and the Island Palace. This unusual citadel is situated between two canals and served as a prison during the Renaissance and the second World War.

When we have finished the tour, you will have 2 hours of free time to stroll around the historic quarter of this fairy-tale city and have a delicious lunch in one of its many restaurants (food not included).

After the relaxing break, we will return to Switzerland for a panoramic tour around Geneva. From inside the comfortable, air-conditioned bus, you will have perfect views of the city’s main attractions. You will see the headquarters of the United Nations, the pretty flower clock and the Jet d'Eau, the huge water fountain in Lake Geneva which has become a symbol for the city.

To put the finishing touch to the day, we will take a delightful ride on the mini tourist train that runs through the historic quarter of Geneva.

The tourist train does not operate during the months of January and February. The rest of the year may be canceled for reasons beyond the control of the tour’s organizers. In the case that the train is canceled, the tour of the old town will be done on foot.

It is possible that you will be asked to show ID documentation when crossing the border between Switzerland and France. Please bring a valid passport.

Type of Guide and Group Size

The guide is guaranteed for groups of 10 or more people. Should this number not be reached, the tour will be carried out with a driver who will offer commentary.

English speaking guide/driver (for groups of less than 10).

Transport in an airconditioned vehicle.

Tourist train ride through the old town of Geneva.

Entry to the monuments.

US$ 120.50
Free cancellation up to 48 hours before the service starts
Book

The tour was in English but our guide Gabriel heard several Spaniards and he made a 9 hour tour translating everything into Spanish. Very considerate of him and we thank him very much. Opinion translated. Show original.

I travelled with teenagers
6

Very expensive for what it is. Actually the guide does not matter, stories that in my point of view are superfluous. Annecy is very much worth it, but don't take this tour, better take a bus and travel it yourself. The gin tour is only the way back to the starting point. I repeat, take your own tour and save money. Opinion translated. Show original.

8.60 / 10 7 reviews
Discover the most iconic landmarks of Geneva with this fantastic private tour. You will have an English speaking guide just for you and your companions.
US$ 355.80 per group
Book
like

7.50 / 10 12 reviews
Visit a typical Alpine village with this trip to Les Diablerets. Climb a glacier and discover the Swiss city that captured Freddie Mercury's heart.
US$ 120.50
Book
like

9.20 / 10 49 reviews
Discover Annecy, an essential trip in the Alps. You will explore one of the most beautiful cities in France also known as the “the Venice of the Alps”.
US$ 76.30
Book