Explore different eras of Mexico City, on this guided tour of the most historical places in the Chapultepec Forest: the Chapultepec Castle and the Nationalquartz Anthropological Museum. 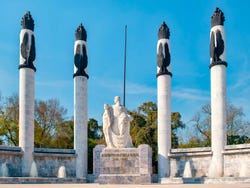 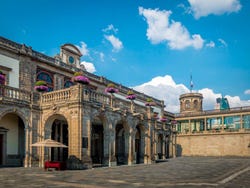 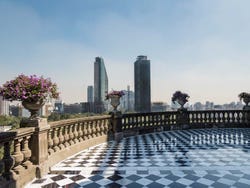 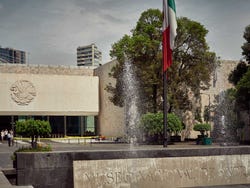 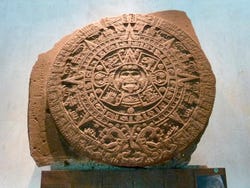 Our first stop will be the Chapultepec Castle, currently the National History Museum, and one which was the scene of numerous battles during the American invasion, military college, and Presidential residence until 1944. It was also the imperial palace of Maximiliano and Carlota: the former was an Austrian duke in the house of Hapsburg the latter a Belgian princess, who were implemented as Emperor and Empress of Mexico during a six-year French intervention known as the "Second Mexican Empire".

We'll see sculptures of historical figures such as Cuauhtémoc (the last Aztec Emperor) and Hernán Cortés (one of the first Spanish colonisers), and discover interesting stories about the conquest, independence and revolution. We'll breathe the French air of 19th century Mexico as we pass through halls decorated in a traditional European style and get to know the life of Emperor Maximiliano.

Having enjoyed some of the best views of Mexico City from the balconies of the Chapultepec Castle then you will have free time for perhaps a refreshing drink.

Then our tour continues, taking you back to the very origins of Mesoamerica, on a guided tour of the National Anthropological Museum, which holds the largest collection of precolombian art in the world. We'll follow the footsteps of prehispanic societies, discovering reconstructions of the tombs and temples of the old Aztec and Mayan civilisations, as well as invaluable archaeological pieces from the Zapotec, Toltec, Teotihuacan and Mexica civilisations.

All of our providers comply with local legislation and applicable health recommendations regarding protection and safety, to help avoid the spread of Covid-19. Specifically, the provider of this tour will apply the following measures:

Ticket to the Chapultepec Castle.

Entry to the National Anthropological Museum.

Train transfer in the Chapultepec

US$ 31.20
No hidden fees or surcharges
Free cancellation up to 24 hours before the service starts
Book

9.50 / 10 248 reviews
Can you imagine flying over the Teotihucán Valley? Live through an unforgettable experience, admiring one of the most important Mesoamerican civilisations from above.
US$ 127.10
Book
like

9.30 / 10 184 reviews
On this tour we'll get up close with the most visited archaeological site in Mexico, admiring the mythical Teotihuacán pyramids.
US$ 31.20
Book
like Free

9.20 / 10 104 reviews
The bosque de Chapultepec is one of the most unusual green spaces in Mexico City. Get to know its secret history with this free tour, and even better it's free!
Free!
Book