Discover the charms of the Uruguayan capital and Colonia del Sacramento with this Uruguay 6 Day Trip from Montevideo. Explore the unique streets of these exciting cities. 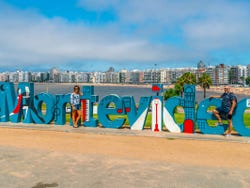 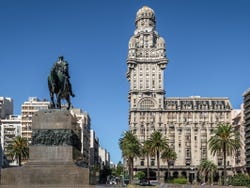 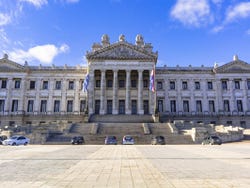 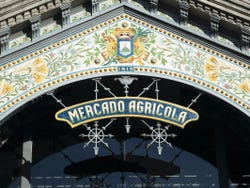 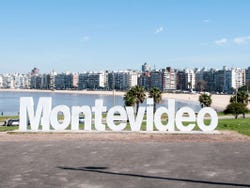 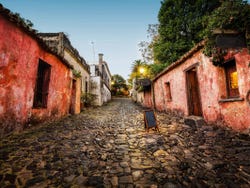 Welcome to the capital of Uruguay! When you arrive at the port or airport of Montevideo, we'll be waiting for you to take you to a central hotel in the city so that you can rest from the trip. You'll have the rest of the day free.

After breakfast at the hotel, we'll take a walking tour of Montevideo. This tour will start at the Plaza de la Independencia, where we'll see the Puerta de la Ciudadela, the façade of the Solís Theatre and the José Gervasio Artigas Monument, among others. Then we'll pass in front of the beautiful Legislative Palace and visit the Agricultural Market, which offers a great variety of local products.

The next stop will be at the José Batlle y Ordoñez Park, to see the Cart Monument and the exterior of the famous Centenary Stadium. Finally, we'll conclude the guided tour by returning to your hotel in Montevideo.

Once you have had breakfast at the hotel, we'll take you to the Montevideo Terminal, where you'll take a public bus to Colonia del Sacramento. When you arrive at this beautiful Uruguayan city, we'll be waiting for you to take you to a hotel in the centre and you'll have the rest of the day free.

After breakfast, you'll have the morning free to walk around Colonia del Sacramento at your own pace. In the afternoon, we'll enjoy a panoramic tour of the city and pass by the Real de San Carlos neighbourhood, where we'll learn about the history of the old bullring, the racecourse and the San Benito Chapel.

The tour will continue with a route through the beaches and residential areas until we reach the old town of Colonia del Sacramento. Did you know that it has been declared a UNESCO World Heritage Site? We'll visit it on foot and walk along the Calle de Los Suspiros, see the Basilica del Santísimo Sacramento and the Plaza Mayor.

The walk through the old town will end by returning to your hotel.

After breakfast, we'll take you to the Colonia del Sacramento Terminal, where you'll take another public bus to Montevideo. Once there, we'll pick you up at the station to take you to a hotel in the capital. The rest of the day you'll be free to walk, shop or enjoy the famous gastronomy of Montevideo on your own.

After breakfast at the hotel, you'll have some free time until we pick you up to take you to the port or airport of Montevideo.

This tour includes 5 nights accommodation with breakfast. In addition, when making your reservation you can choose to stay in a 3, 4 or 5 star hotel:

The price indicated is per person staying in a double room. We also have triple and quadruple rooms. You can contact us to get a personalized estimate and book.

Important: at the Costa Colonia Riverside Boutique and Cottage Buceo hotels there is a supplement of US$ 22 per person per night.

The activity takes place with a guide that speaks en english and spanish.

Airport/port pick up and drop off.

5 nights accommodation with breakfast in hotels of the chosen category.

Tickets for public transport between Montevideo and Colonia del Sacramento.

Supplement of US$ 22 per person per night at the Costa Colonia Riverside Boutique and Cottage Diving hotels.

From
US$ 355
Free cancellation up to 3 days before
Book

9.10 / 10 39 reviews
Discover Punta del Este and Piriápolis on this trip from Montevideo. We'll take you along Uruguay's glorious Costa de Oro coastline.
US$ 44
Book
like

7.90 / 10 25 reviews
Climb onboard the fantastic Montevideo sightseeing bus and take a fantastic panoramic tour of the city's iconic landmarks.
US$ 17.80
Book
like Free

9.80 / 10 115 reviews
Modernism and tradition combine in the old city of Montevideo. Discover its architectural legacy with this free tour around the Uruguayan capital.
Free!
Book