Impressive natural landscapes and fascinating history: explore Quebrada de Humahuaca and the picturesque towns of Pucará de Tilcara and Uquía on this excursion from Purmamarca. 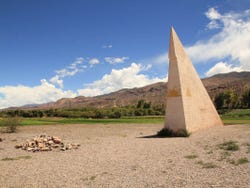 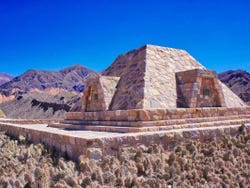 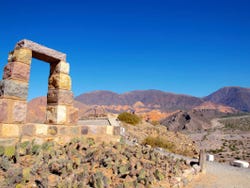 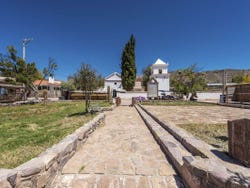 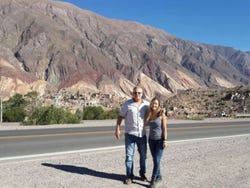 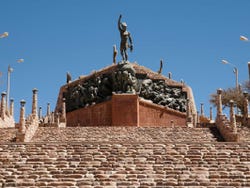 Between 10:15 am and 10:30 am on the day of the tour, we'll pick you up from your hotel in Purmamarca and leave behind the town and its impressive views of the Hill of the Seven Colours. We'll set off to explore the Quebrada de Humahuaca, heading towards Maimará, a small village nestled in the shadow of the Paleta del Pintor, or the "Painter's Palette", another spectacular multi-coloured rock formation.

We'll make our way towards Pucará de Tilcara, the archaeological site of a pre-Inca fortification that dates back to the 12th century. Enjoying a guided tour of the historic fortress, we'll discover its history and learn fascinating facts about the Omaguaca tribe who founded it.

The next stop on our tour will be Uquía, and you'll have free time here to explore at your leisure. Don't miss a visit to the Church of San Francisco de Paula to see its famous paintings of the "Ángeles arcabuceros", angels depicted with arquebus firearms.

Meeting back up again, we'll make a stop on the Tropic of Capricorn, the southernmost latitude where the sun can be directly overhead. After taking photos next to the monuments marking the circle of latitude, we'll next travel to Humahuaca.

This small city, the largest in the valley, gives the Quebrada de Humahuaca its name. We'll explore its historic centre, admiring important monuments such as the Heroes of the Independence Monument and the Tower of Santa Barbara. You'll then have an hour of free time for lunch (not included).

After eating, we'll make the return journey to Purmamarca, where you'll be dropped back off at around 4 pm.

US$ 32.80
Free cancellation up to 24 hours before the service starts
Book

No rating yet
Explore the beautiful mountainous landscapes of the Quebrada de Humahuaca and the Serranía de Hornocal on this excursion from Purmamarca.
US$ 61
Book
like

No rating yet
Discover the high valleys of north Argentina with this fantastic trip from Purmamarca. You will visit the picturesque towns of Humahuaca and Iruya.
US$ 72
Book
like

No rating yet
Discover the fascinating culture, customs, and traditions of the Argentinean community of Hornaditas with this trip from Purmamarca.
US$ 60
Book