Delve into the colonial history of the Dominican Republic on this free walking tour of Santo Domingo's Ciudad Colonial and discover its most emblematic monuments. 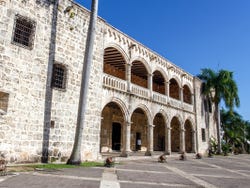 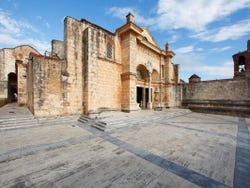 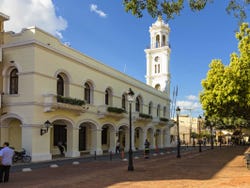 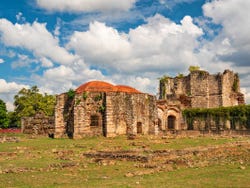 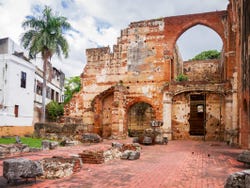 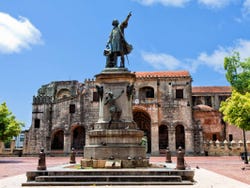 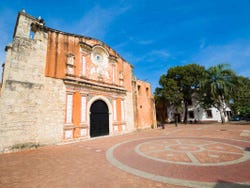 The first stop on our guided tour will be the ruins of the Monastery of San Francisco, where we'll learn all about the history of the monastery, considered to be the oldest in the Americas.

We'll then continue onwards to the ruins of the San Nicolás de Bari Hospital. Built at the beginning of the 16th century, this is recognised by UNESCO as being the oldest hospital in the Americas.

Next, we'll make stops to admire the façade of the Church and Convent of the Dominican Order and the architecture of the Cathedral of Santa María la Menor, a beautiful fusion of Gothic, Mudejar, Renaissance and Plateresque styles.

Having strolled past the Palacio Consistorial, we'll reach the lively city square known as Parque Colón, where our hour-long free walking tour of the Ciudad Colonial will end.

This free walking tour cannot be booked for groups larger than 6 people.

The capacity of all means of transport will be reduced to 5% of their maximum capacity.

At monuments, museums and attractions, the maximum permitted capacity will be a 5% of the total maximum capacity.

8.60 / 10 17 reviews
All the beauty the Caribbean has to offer will be within your reach with this Saona Island catamaran tour. You'll discover a true tropical paradise!
US$ 73
Book
like

10 / 10 2 reviews
Discover the heritage of the Dominican Republic's capital with this Ciudad Colonial Private Tour. Experience the oldest continuously inhabited settlement.
US$ 119 per group
Book
like

8 / 10 1 review
Relax on the beautiful beach of Juan Dolio and swim in the Caribbean Sea when you take this fantastic trip from Santo Domingo.
US$ 60
Book