Discover the historic center of the beautiful town of Santoña on Spain's north coast, when you take our fantastic guided tour. You will learn all about the fascinating history of this spectacular town and some of the notable characters who have inhabited it over the centuries, such as the famous navigator and cartographer, Juan de la Cosa. 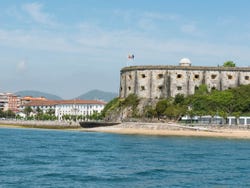 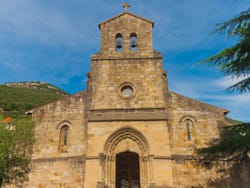 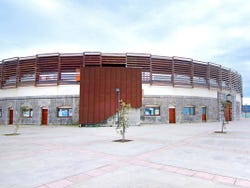 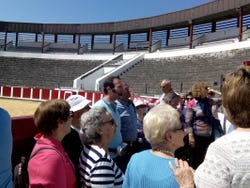 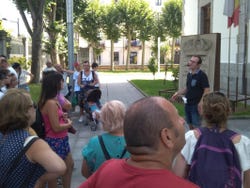 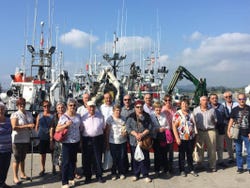 Our guided tour of Santoña begins next to the Monument to Juan de la Cosa. This navigator and cartographer was one of the most illustrious personalities to have come from the town. You will hear all about his fascinating background and his historic achievements as we stroll down the picturesque Paseo de Pereda, which runs parallel to the stunning Cantabrian coast. At one end of this elegant avenue, you will see the mighty Fort of San Martín, one of several bastions in the town that played an important role in the Napoleonic invasions of the 19th-century.

Our guided tour continues with a stroll through the historic center of Santoña. Along the way, you will find fantastic audio and visuals to help explain the evolution of this fascinating location. Among the most important monuments in this area is the beautiful church of Santa María del Puerto. This beautiful 13th-century Romanesque temple is located at the foot of Mount Buciero and is one of the main centers of worship in Santoña.

Another important building in the Old Town is the Casa Palacio del Marqués de Manzanedo (Marquis of Manzanedo's Palace). The magnificent facade of this stately residence is a prime example of the elegant 19th-century architecture that characterizes much of the historic district. Before we end our guided tour of Santoña, we will also discover some of the customs and traditions of the town's celebrations, such as the popular carnival, which is so important that it has been declared a Festival of Tourist Interest!

We'll also take in the Plaza de Toros bullring, very close to the charming port and the bustling Fish Market. Here, we will learn all about the town's long-running fishing tradition and its importance for the local economy. You will also be introduced to the region's star product, the anchovy of the Cantabrian Sea.

English speaking guide specialized in the history of Santona.

US$ 12.10
Free cancellation up to 24 hours before the service starts
Book

The Tourist Information kiosk, next to the Juan de la Cosa monument.

Our guide Nicolás explained to us in a very entertaining way the customs and fishing tradition of Santoña. Although we were only 2 people, he made the route with great interest and gave us extensive information about Cantabria, not just Santoña. Very pleasant and recommended experience Opinion translated. Show original.

The guide is very friendly, understanding and likes Santoña. But the visit is very long (2 hours), it becomes heavy and slow. It would be better a little more dynamism, energy, to explain the charm of the city in a more condensed way, taking into account that the public is people who spend little time in the city (at least it is our case). The visit to the bullring and the fish market was very positive. That perfect! Thank you very much Opinion translated. Show original.

Our guide Clara was very nice and taught us things that, even with them in front of us, we would not have seen without her. Opinion translated. Show original.

9.70 / 10 14 reviews
Discover the anchovy canning process in Cantabria with the Santoña Canning Factory & Marshland Tour. You'll also visit one of the town's most visited locations.
US$ 15.80
Book
like