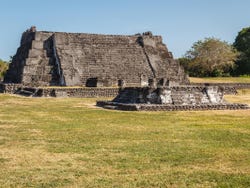 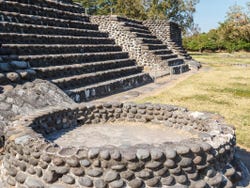 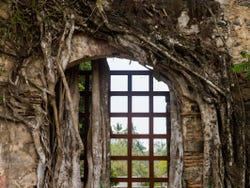 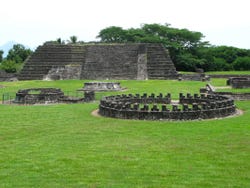 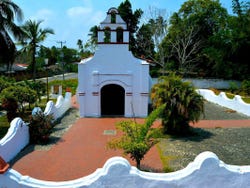 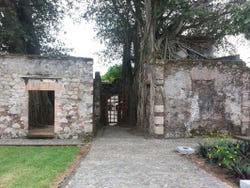 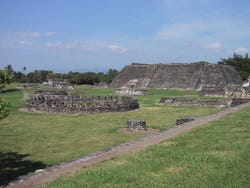 After picking you up from your hotel in Veracruz at 9 am, we'll head for the archaeological site of Cempoala. This ancient site is one of the most important Mesoamerican sites in the region, the capital of the Totonaca people's Totonacapan kingdom and the first urban settlement seen by the Spanish when they arrived on the American continent.

We'll enjoy a guided tour of Cempoala and visit its key structures, including the Sun Temple, the temple dedicated to the wind god Ehécatl, the Temple of the Chimneys and more. What's more, if you're lucky, you'll have the opportunity to watch the Ritual Ceremony of the Voladores de Papantla. This fertility dance involves four young people climbing and descending a pole to show their respect for nature and the spiritual universe.

After touring Cempoala, we'll move on to the town of La Antigua, considered to be the first real Spanish town established in the Americas. We'll visit the Ermita del Rosario church; the Casa del Cabildo, the first Spanish city hall on the continent; and the house of Spanish coloniser Hernán Cortés. We'll also see an old tree with a curious story that we'll reveal on the day of the tour.

At the end of the tour, we'll take you back to your hotel in Veracruz, where we will arrive at 2 pm.

US$ 46.90
Free cancellation up to 24 hours before the service starts
Book

No rating yet
Follow the fascinating coffee route through Coatepec when you take this trip from Veracruz.
US$ 72.30
Book
like New

New
The best way to get to know a culture is through its history and gastronomy. You'll do exactly this on our Boca del Rió Day Trip from Veracruz, as we'll take a delicious journey through history.
US$ 41.60
Book
like

10 / 10 1 review
Discover the two most magical places in Veracruz when you take this fantastic day trip to Alvarado and Tlacotalpan.
US$ 57.30
Book