Let yourself be enchanted by the lavish elegance of the world-famous Palace of Versailles and delve into its history on this guided tour of its majestic rooms. 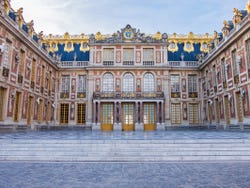 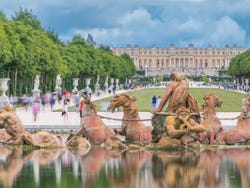 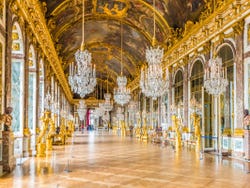 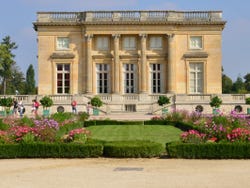 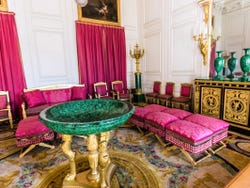 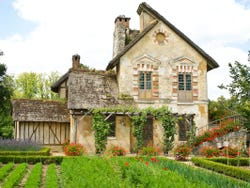 When making your reservation, you'll have the choice of two tour options. They both begin from the following meeting point in Versailles: the Louis XIV equestrian statue, in Place d'Armes.

Enjoy a guided tour of the Palace of Versailles and discover the secrets of this jewel of Classical French Baroque architecture, declared a UNESCO World Heritage Site. First, we'll enter the Royal Apartments, lavishly decorated to the refined tastes of Louis XIV. Tapestries, paintings, colourful curtains, delicate ornaments... you'll be captivated by the exquisite decor.

We'll then continue to the sumptuous Hall of Mirrors. This extravagant gallery is one of the most emblematic rooms of the Palace of Versailles, characterised by its intricate lamps and sculptures and impressive frescoes by Charles Le Brun, as well as its namesake mirrors. Our guide will tell us about the history of the Treaty of Versailles, which was signed here, ending the First World War in 1919.

Then, we'll visit the palace's other annexed royal residences at your leisure. Explore the Grand Trianon and the Petit Trianon, the private estate of Marie Antoinette and home to a model village created by her known as the Queen's Hamlet. You'll also have access to the spectacular gardens of the Palace of Versailles and their ornate fountains.

If you'd prefer, you can book a tour of the Palace of Versailles from Paris.

Skip the line entry to the Palace of Versailles, the gardens, the Grand Trianon, Petit Trianon and Queen's Hamlet.

English speaking guide for the Palace of Versailles and the gardens (depending on the option chosen).

English language audioguide for the Palace of Versailles and the gardens (depending on the option chosen).

From
US$ 53.10
Free cancellation up to 3 days before
Book

I travelled with friends
Show all the reviews