Delve into Carthago Nova's Roman past by reserving this ticket to the Roman Theatre Museum, with which you'll discover the history of this important monument.

Delve into Carthago Nova's Roman past by reserving this ticket to the Roman Theatre Museum, with which you'll discover the history of this important monument. 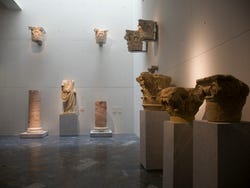 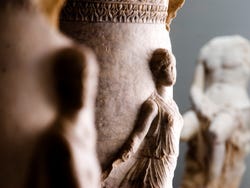 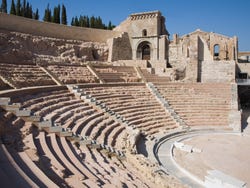 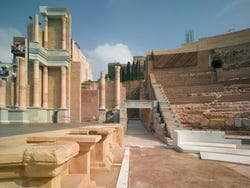 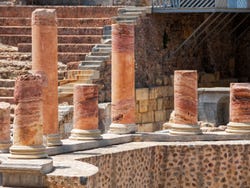 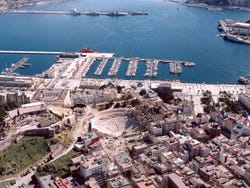 With this ticket, you'll be immersed in Carthago Nova's Roman past while you observe the archaeological pieces found in and around the Roman Theatre of Cartagena.

The museum is composed of different ancient buildings incorporated into the structure, such as the Riquelme Palace or the church of Santa Maria, from the medieval period. The visit starts in the old Pascual Riquelme Palace, where you'll learn about the history of the discovery and excavation of the theater through an underground corridor. From here, you can access a room that displays the most emblematic objects found during the excavations, such as jewellery, statues or vessels and pieces of great artistic value like the three aras dedicated to the Capitoline Triad.

Then you'll arrive at the tunnel that passes under the medieval church and you'll find the perfect end to your visit: the Roman Theatre of Cartagena, one of the biggest in Spain. You'll be able to see the remains of its stage front, the orchestra, reserved for patricians and rulers, and the cavea, where the citizens of Cathago Nova sat, arranged according to social class.

This theatre had a capacity for 7000 people and was used by the citizens of Carthago Nova until the 2nd century. Thanks to the archaeological excavations carried out in the 90's and the design of the architect Rafael Moneo, today it is possible to enjoy this tour of Cartagena's glorious era.

The Roman Theatre Museum opens at the following times:

Students under 25 years of age, young people with a youth card, unemployed people, retired people, disabled people and large families can book the discounted ticket provided that they present the corresponding accreditation.

If you want to learn more about the most archaeological side of Cartagena, you can book the combo ticket, which includes tickets to the Roman Theater Museum, the Punic Wall and the Museum of the Roman Forum - Molinete.

Audioguide (depending on option selected).

Wheelchair accessible. Free wheelchair loan service available. This must be indicated in the reservation.

Visiting the museum is a very pleasant experience. The presence of a guide who reveals its secrets is missed, but it is a privilege to walk through the stands of the theater, and imagine the shows it hosted. Opinion translated. Show original.

Ticket booking has been easy and clear, and the visit to the theater and its museum has been spectacular. Opinion translated. Show original.

9 / 10 226 reviews
Carthaginians and Romans left their mark on the historical centre of Cartagena. Discover their interesting legacy on this guided tour.
US$ 11.80
Book
like Free

8 / 10 232 reviews
Discover beautiful Cartagena when you take our fabulous free walking tour. An expert local guide will show you around all the emblematic locations.
Free!
Book
like

8.50 / 10 4 reviews
Enjoy fabulous views of Cartagena and its port by going up to the Castillo de la Concepción in its panoramic lift.
US$ 2.40
Book